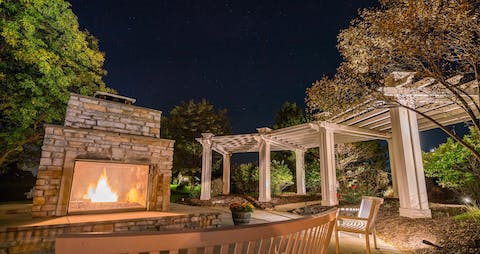 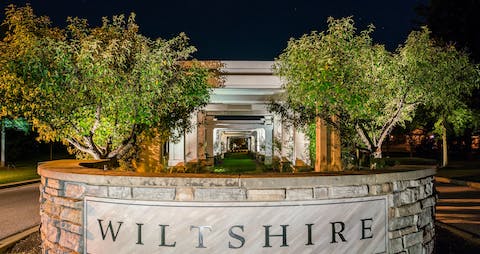 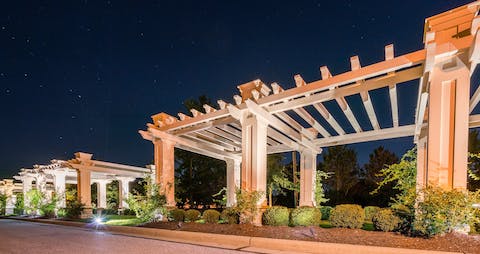 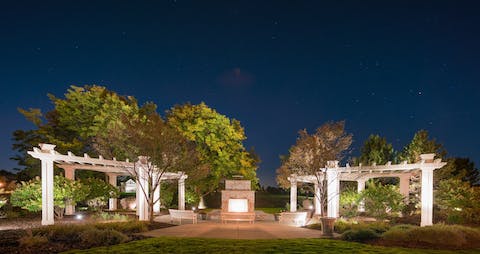 Pergolas are stunning architectural features when properly designed and dimensioned. Most of the pergolas we install are in backyards but this one was in front of the Wiltshire development entrance in Broadview Heights.

The pergola was beautifully designed and came to be the development’s icon. People would stop all the time to take pictures under its shade and wedding parties hosted their photo shoots there on a regular basis. The pergola was built with cedar and pine materials and time had taken its toll.

As with any wood product details and precautions at the time of install go a long way to allow for a longer life span but that can be done only once, at the time of install. Some of the details had lived out their lifespan which the homeowners’ association felt was premature and decay and serious rot had started its work.

Our initial plan was to build a low-maintenance replica of the existing structures but that proved to be impossible since the original pergola was rough sawn cedar with custom size members. That just could not be replicated with vinyl materials. Also, the color available in vinyl did not match the current color palate, so cedar would be the way to go.

We wanted to reuse as much of the cedar beams as we could so demolition was done surgically in order not the hurt the pieces that would be reused. We then inspected each piece to determine its structural integrity. If there was minimal rot, we restored the beam. If there was major rot we had to get a new pergola beam or rafter. All in all, 85% was able to be reused. We then stripped the paint and let them dry before applying 2 coats of solid stain to all sides of the members. This is an imperative step in order to make sure everything gets protected.

After every pergola member was recoated, we reinstalled the pergola structure. This time we did use Azek PVC trim for the columns in lieu of the exterior plywood used originally. With a paint job, the PVC columns matched the original look and feel quite nicely.

The weddings can continue, and the community has restored its glorious entrance by which it became famous.

We are looking to understand your dream and vision for the outdoors, but we don’t stop there. What are your likes and dislikes? How and when you are looking to use the space?

We start with a phone or email consultation to gather preliminary info that will help us in providing effective deck construction solutions. We are interested in learning as much as possible about the specifics of the project. Not sure what the scope is? We can help!